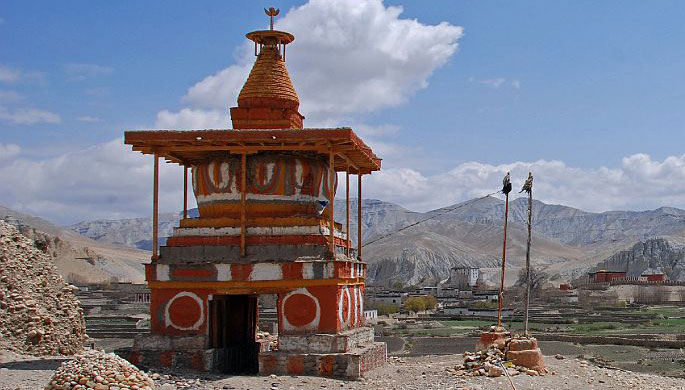 Trans Himalayan Trek
(Fly in Jomsom & fly out from Jomsom).
Mustang is one of the recently opened areas for limited trekking group each year. It was a former Buddhist Kingdom and is extended to the upper Kali Gandaki river. The fabled medieval walled city of Lo Mangthang is full of culture & religious heritage.