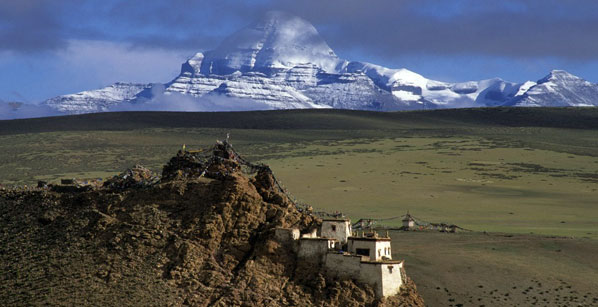 Day 01:  Prior to landing in the Tribhuvan International Airport, you could have some excelllent views of snow-capped mountains, meet with our tour coordinator  and transfer to hotel.

Day 04: Drive from Kathmandu to Zhangmu via Kodari border: After breakfast drive to Kodari border, after clearance immigration at Kodari and crosses the Friendship Bridge, then drive to Zhangmu. Overnight stay at hotel.

Day 05: Drive from Zhangmu to Xegar. After breakfast drive to Xegar (13800 ft.) A new Chinese commune built at the foot of the ruins of Xegar Dzong, 7 kms. From the main road. With a population of 3000, it is the centre of this large and remote area and a base from which expeditions to Mt. Everest and other peaks are launched. Overnight stay at hotel in Xegar.

Day 06: Drive from Xegar to Gyanatse via Xigatse. The Estate that Fulfils One's Wishes, Xigatse(12600 ft.) It is situated between 29o 02'N and 88o 08'E in the southwest of the Tibet Autonomous Region where Nyangchu River joins the Yarlung Tsangpo River. Shigatse is the second biggest town in Tibet and it is the center of transportation and distribution of agriculture and husbandry products from the southeastern part of Tibet. "Shigatse" in Tibetan means the "Estate that fulfills one's Wishes."

Visit Shakya Monastery:
It lies 143km to the Southwest of Shigatse. Shakya Monastery, the center of the Sakya order of Tibetan Buddhism, was founded in 1073 by Konchok Gyalpo. During the rule of the Sakyapas the priest patron relationship between Tibet and China was established. Skyapa rulers reigned over Tibet for nearly a hundred years from 13th -14th century. Many of its priceless images frescos, statures, Holy Scriptures remaining today date back to the time of its founding.

Gyantse: (13050 ft.)
This is a small agricultural town famous for its wool carpets and the Phalkor Choide Chorten, Gyantse lies between a monastery and fort. This unique structure, built in 1414, consists of five stories representing the five steps to enlightenment, and is topped by thirteen rings which symbolize the stages of advancement towards Buddhahood. There are 108 halls inside, each with frescoes and Buddha Shrines.

Enroute visit Yamadroke Lake - The Sacred Lake (14300 ft.)
Yamadroke Lake is one of the biggest and beautiful lakes in Tibet. We pass by this lake with about 2 hours drive along its bank. Yamadroke means turquoise in Tibetan language. In fact, the lake looks exactly as beautiful as turquoise blue during the good weather days. This freshwater lake, unlike other Tibetan lakes, is sweet and non-saline, extending for 624 sq. km., in the shape of two pincers of a large scorpion. You can have a short stop on its bank and enjoy photography here.

Visit Phalkor monastery:
Located in Gyantse and founded jointly by Kedup Je of the Gelugpa Sect and Rabten Kunsang of the Sakyapa Sect in 1418, the Phalkor Monastery has a special influence over Tibet's Buddhism owing to its unification of three different sects, the Gelugpa, the Sakyapa and Bhuton Sects, in a single monastery. The famous Kumbum pagoda, built in collaboration with Newari artists from Nepal & Tibetan artists, also stands in the same courtyard with nine story's, 108 doors and 77 chapels containing clay sculptures and various murals. The pagoda is said to have 100,000 images, either sculptured or painted, this is the reason for its name "100,000 Image Pagoda". Overnight stay at hotel in Gyantse.

Day 07: After breakfast drive to Lhasa city and check into hotel.

Day 08-09: Sightseeing on exotic Lxa city.Visit Potala Palace (Winter Palace of Dalai Lama now more a museum than a palace), Drepung Monastery (The largest monastery in Tibet as well as in the world which once harbored 10000 monks although as a rule it was to house only 7700 monks), Sera Monastery (The 2nd biggest monastery in Tibet, famous for it horse-necked Hayagriva), Jolkhang Temple (The most sacred and oldest temple in Tibet, built particularly for the enshrinement of the Sakyamuni image), Norbulingkha Palace (Summer Palace of the Dalai Lama, where it is possible to visit Dalai Lama's private apartment) and Bhakhor Free Market (The ancient and largest market in Tibet where almost everyone has something to sell). Overnight stay at hotel in Lhasa.

Day 10: After breakfast drive from Lhasa to Xigatse. Visit Tashilhunpo Monastery, Tashilhunpo Monastery is the biggest Gelugpa monastery in the Tsang region of Tibet. It is located in the town of Sigatse and was founded by Gedun Drup, a disciple of Tsongkapa, the founder of the Gelungpa Sect. Gedun Drup is recognized as the first Dalai Lama. It was first built in 1447 and continuously expanded by the successive Panchen Lamas. The Ngagpa College (Tantric College), one of its four monastic colleges, is the residence of the Panchen lamas. The most amazing image in this monastery is the statue of the giant Maitreya (Future Buddha) erected by the 9th Panchen Lama in 1914. It took four years to build this monumental statue which stands twenty six meters high and is composed of 275 Kg. of solid gold, and a great quantity of precious things such as pearls, turquoise, coral and amber. The 4th Panchen Lama's funeral stupa was built in 1662 and it stands eleven meters high and is covered in solid gold and silver. Overnight stay at hotel in Xigatse.

Day 11: Drive from Xigatse to Zhangmu and check into hotel.

Day 12: After breakfast drive to Kathmandu via Kodari border. Check into hotel.